If you have 9-13 year-olds, this is the kind of rainy-day, read-aloud novel they can lose themselves in.  It’s folklore, mythology, and adventure all woven together and impossible to put down!  In it, Ebba Rose, a young girl with a secret destiny (hidden from her by her parents) journeys to an enchanted castle to break an evil spell.  The story is beautifully told through the voices of multiple characters, and though it was written for children, I fell in love with it in my twenties.

MOVIE: Olympus Has Fallen
I think I held my breath for 2 hours straight watching this movie!  Ex-special ops agent Michael

Banning (played by Gerald Butler) has the opportunity to redeem himself when the White House comes under siege, and the President (Aaron Eckhart) is taken hostage.  Morgan Freeman plays the Speaker of the House, who is forced to serve as acting President during the crisis.  It’s Die Hard meets Executive Decision, with Morgan Freeman thrown in as a bonus!  On a negative note, the movie earns an R rating for language and violence (which is substantial).  In my opinion the trailer gives away too much, but if you’re one of those people who just has to see it before making a deicision, here it is:

Somehow my husband’s boss always manages to buy him better presents than I do.  I know virtually nothing about bluetooth technology, but I can tell you this–this headset has become my husband’s permanent man necklace.  He LOVES it!  So if you have a birthday or anniversary coming up and want to learn more about why many consider the LG Tone the best bluetooth headphones under $150, click here.

ACTIVITY: Making Eric Carle Prints
This is the most fun craft I’ve done with the kids.  It’s a 2-day project, the result is stunning, everyone can participate (including baby), and you can read Eric Carle books alongside.  For full directions, click on the link (“Making Eric Carle Prints”) above.  Be sure to check out the blogger’s idea for cutting your child’s initials out of the finished prints and framing them. 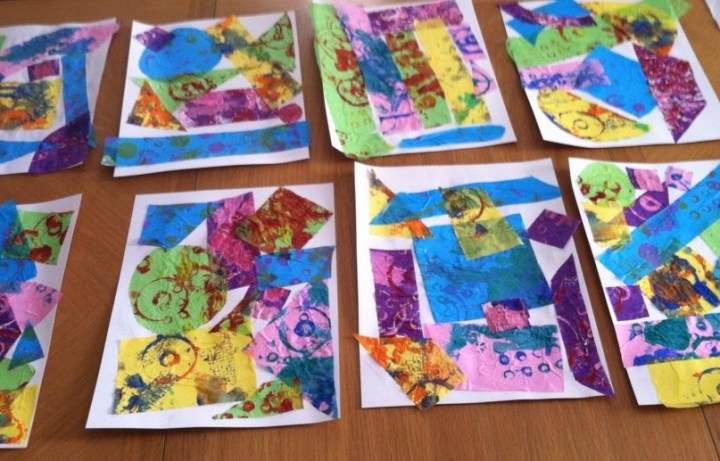